Did you know cuddling their newborn baby in their arms is instinctive for all parents, despite gestational age at birth?

In recent years, Kangaroo Care and Family-Centered Care have significantly increased as research has supported the importance of the short-term and long-term benefits to infants in the NICU.  But one group of infants in the NICU continues to have little initial contact with their parents.  Infants born <28 weeks are routinely and abruptly separated from their parents in order to stabilize and quickly admit to the NICU.  The first episodes of physical contact between the extremely preterm infant and their parents may be weeks from birth due to medical status, equipment, lines, and respiratory status.  This delay in contact increases stress for the infant and their parent, delays bonding, and decreases breastfeeding success.

In an article published in December of 2020, Clarke et al reviewed the safety and value of routine delivery room cuddles with the parents for extremely preterm infants, <28 weeks at birth, from 2006 to 2017 in a Swedish hospital. Following initial stabilization and resuscitation, the center offered mothers the opportunity to cuddle their swaddled infant of any gestation for several minutes before the NICU admission.  The 12 year study examined 27 infants in the cuddle group with a mean gestational age at birth of 24+6 weeks and compared to a control group of 27 infants in a ‘shown only’ group with a mean gestational age at birth of 24+4 weeks.  The median weight at birth was 728g for the cuddle group and 685g for the ‘shown only’ group.  Both groups had a median 1 minute apgar of 5, and age at admission of 19 and 21 minutes respectively.  Additionally, admission temperatures for both groups were 36.5 and 36.6.  No accidental extubations were noted in the study group.  There were no significant differences in survival to discharge between the 2 groups.

In this review, infants were placed in a plastic bag, and a hat was applied to their head.  After stabilized, the infant was placed on their mother’s chest, with respiratory support in place, temperature and O2 saturation monitoring continued, and swaddled or covered in warmed blankets.  One detailed account of holding documented 9 minutes of holding by mom and 4 mintues of holding by dad.  Families were given a chance to whisper to their infant, hold hands, take family photos, and create an early bond before admission to the NICU, all under the careful observation of the neonatal team.  Families were surveyed after their delivery room cuddles.  Common themes from parents included, feelings of normalcy, connection, bonding, reassurance, and appreciation for the experience due to the medical needs of the baby.

Extremely preterm infants remain at a high risk of mortality.  If parents are only offered a cuddle in the moments before death, parents are left with deep regret and guilt.  Researchers found that requirements for a successful delivery room cuddle included the infant being placed in a plastic bag, hat on head, warmed blankets, saturations >90%, stable HR, temperature >36.7, stable NIV or ETT, open communication with the families, and continuous monitoring of each cuddle. Contraindications included a difficult intubation or airway, shock, or imminent intervention required.  In the case of a C-section delivery, the father or support person plays a very crucial role in delivery room cuddles.

The study concluded that delivery room cuddles of extremely preterm infants <28 weeks did not delay NICU admission, did not show a difference in admission temperatures or glucose, and the parents reported an overwhelming appreciation for that early physical contact, bond, and connection with their baby.  The long-term outcomes have not been followed, but the authors predicted more studies would surface as the practice becomes more and more utilized as a standard of care.

Are you looking to advance your unit’s skin-to-skin care practices or improve the overall family-integrated care in your unit?  Creative Therapy Consultants can help!  We offer a variety of educational opportunities, and real one on one support for you as you work to create change in the care in your unit.  Learn more about our virtual and in-person education here. 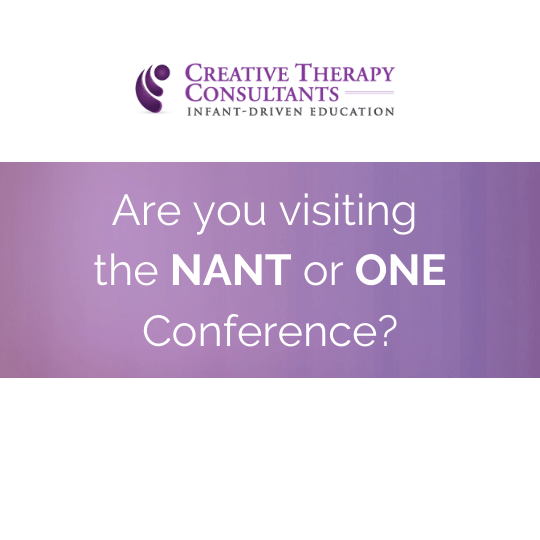